January 13, 2016
Below is a poem that I wrote many years ago. I was homeless working two part time jobs; all while attending college. It was my first semester. I was the first person in my family to ever attend college. The only support I had was my own. I became homeless because of my selflessness. But I maintained A's in school do to my perseverance. I was chasing my lost dreams, hoping that success was around the next bend. 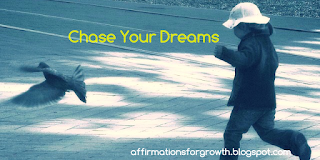 I've been homless
but never nameless
To tell the truth
I've been kind of shameless
but never pride less
Chasing lost drams wit' the nameless
Wit' a thirst to be famous
Chasing lost dreams, running
Chasing lost dreams, gating
I've been on my grind cousin
Like Lupe Fiasco kick, pushing
Off of dreams dreams so astonishing
Dreams
None but me acknowledging
I've been chasing dreams
That compliment
My imaginations extent
"Matrix" themes and "Dogma" elements
For me
An angel
GOD must have sent
or I am just heaven sent
'Cause despite all odds
I'm still breathing
Though life's been hard
I'm still hoping
That I'm gonna be alright
Everyday I tell folks
They gonna be alright
Simply put GOD first
and slight man to the right
They say he's good at encouragement
and  his will seems tight
But the truth is
I'm dreamless
and I don't know how I sleep at night

March 02, 2016
Do not ever say that you can't do something if you have never tried. On July 17, 2015 a 9 year old  diagnosed with Cerebral Palsy competed and finished the Castle Howard Triathlon in North Yorkshire, England. This boy's name was Bailey Matthews. He did what most adults couldn't even imagine accomplishing. His determination and will to do is all he needed to amount such a daunting task. Of course much planning and training took place but that is all a part of completing any given goal.           Inspired by his experience last year Bailey has organized a triathlon for kids with disabilities called the "Be More Bailey Triathlon". He has warmed so many hearts and inspired so many people. Now he is using his acclaim for the betterment of others. This is so great. One of the biggest thing anyone can do is be of good service to others. I saw him do a interview after the race and he said something so cute but encouraging "I figured I'd giv
Post a Comment
Read more